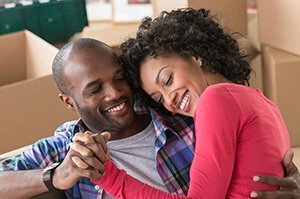 If you are a man over the age of 30, chances are, you are not performing as well as you did in your 20s. Over 50% of men experience some degree of erectile dysfunction in their lifetime.

There is a male enhancement treatment in Vestavia Hills, AL that can significantly reduce this risk of experiencing ED and improve your performance without the risk of side effects, surgery or the inconvenience of taking daily medications. It’s called GAINSWave®, and it is based on a widely tested method of male enhancement called shockwave therapy. Doctors in Europe have been testing its effectiveness for Erectile Dysfunction and Peyronie’s disease for the past two decades. They have found that pulsed acoustic waves improve blood flow in the penis and even repair damaged nerve endings resulting in peak sexual health, including sensitivity, and performance.

Erections are an important part of a man’s sexual health. Most men suffering from decreased erectile performance, or ED, have diseased blood vessels in the penis causing restricted blood flow, and therefore, have difficulty getting and maintaining erections. Men may also notice symptoms such as decreased hardness, sensitivity, and ability to perform.

As over 50% of men ages, 40 to 70 are suffering from symptoms of erectile dysfunction, many men in their 30s are reporting decreased erectile function. The leading cause of erectile dysfunction is poor blood flow to the penis, which causes softer erections, inability to achieve an erection or unsustained blood flow that leads to men prematurely losing their erections during sex. Whether your symptoms are subtle or more severe, GAINSWave® can keep you on top of your game for years.

The Performance Benefits of GAINSWave® include:

As GAINSWave® is a non-invasive sexual performance therapy, allowing men to maintain their best performance, and with routine treatments, men can avoid any signs of declining sexual function.

Procedures take as little as 15 to 20 minutes and are completely non-invasive, drug-free, and surgery-free. Don’t wait for your best days to pass you by, contact your local Vestavia Hills, AL GAINSWave provider today to schedule your consultation.